When I was between 5th and 6th grade, the idea of Camelot captured my imagination. I read all the King Arthur stories I could get my hands on. At my instigation, we neighborhood kids played knights and princesses all summer. Our back porch with its stairs and commanding view of the side yard became our castle tower. The girls wore my mom’s old prom dresses and the boys made swords out of branches. But, something was missing... we needed a flag.

I acquired some white fabric from my mom, and we embroidered camels on it. (Democracy won when it came to ideas for the flag – thus, camels for Camelot!) My sisters and neighbor girls and I worked hard on that flag, and we flew it proudly when we finished it.

Remember playing the game, “Capture the Flag”? Kids still play it. Capturing the flag of your opponent while protecting your own was the goal of the game. Your flag cemented your team identity.

Our country’s flag does the same thing. The Second Continental Congress of the United States recognized our flag’s importance and passed the ‘Flag Resolution’ on June 14, 1777 (Flag Day) establishing the standard for the official U.S. flag:

“Resolved, That the flag of the thirteen United States be thirteen stripes, alternate red and white; that the union be thirteen stars, white in a blue field, representing a new constellation.” [Journals of the Continental Congress, 1774-1789, 8:464]

A new constellation! That Congress couldn’t have chosen more lofty words. And yet, the U.S.A. has become what they envisioned: a constellation, a beacon, an example – especially for countries shaking off tyranny.

We, the people of the U.S.A., have somehow managed to live together with our differences. By using our political system as it was conceived, to create a lasting balance of power, we have enjoyed overall stability and protection. Even after our near divorce during the Civil War, the states are still together! The Stars and Stripes is a symbol of that unity. Long may it wave, and long may we be united in lofty purpose and vision.

Celebrate Flag Day, June 14. And, if you need some fresh ideas, check out our variety of flags – from a Betsy Ross flag to a special remembrance flag or the traditional ‘Star Spangled Banner.’ 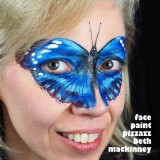